A Will is the legal declaration of the intention of the testator, on his property which he desires to be carried into effect after his death.

THE LAW APPLICABLE TO WILLS 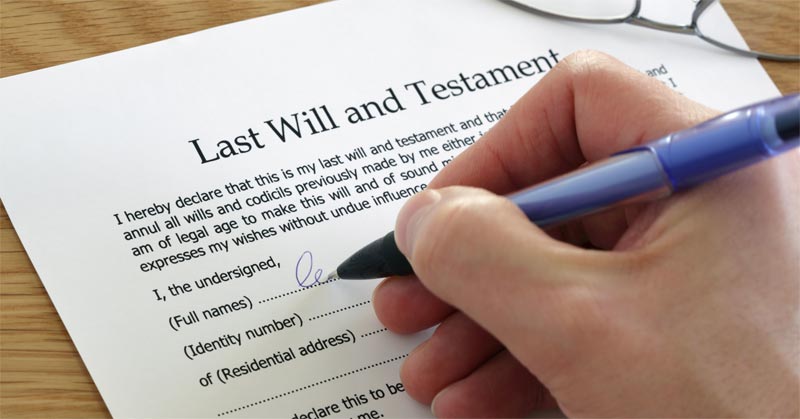 India has a well-developed system of succession laws that governs a person’s property after his death. These rules apply expressly to wills, and codicils made by Hindus, Buddhists, Sikhs, Jains, Parsis, and Christians but not to Mohammedans as Muslim Personal Law governs their matters.

The laws that apply to making of a Will are:

PERSONS COMPETENT TO CREATE A WILL

As per the Section 59 of the Indian Succession Act, an individual of sound mind who has reached the age of majority.

Making of a Will cannot be done by the following people:

IMPORTANCE OF MAKING A WILL

Every person aspires to make sure that at any point in time he can look back and feel content that his life has been meaningful and dignified. As a natural extension, he would also wish that even if he is no more, there is dignity maintained in all post-death issues that have to be handled. If he owns the property, he would be concerned about the state of affairs regarding his property after his demise. It would be an innate desire that his wishes about his assets and property be followed after his death. This is where the significance of a legal document – the Will – comes in.

A will is important as:

PREPARATION OF THE WILL

Anyone over 18 years of age can produce a will. An individual who is competent to understand what a will is, what type of property they are dividing and among whom he/she is distributing the property can constitute a will.

ESSENTIAL POSTULATES OF A WILL

A Will is a legal declaration. The documents purporting to be a testament or a Will must be legal, i.e. in compliance with the law and must be administered by a person legally competent to execute it. It has to be signed and attested, as required by statute.

The declaration should relate to the disposal of the assets of the person making the Will.

The death of the Testator

The essence of every Will is that it is revocable during the lifetime of the testator.

ATTESTATION OF A WILL

EXECUTION OF A WILL

FORMS & FORMALITIES FOR MAKING A WILL

A form of a Will:

There is no prescribed form of a Will. For it to be effective, it needs to be properly signed and attested. The testator must put his initial Will at the end of every page and next to any correction and alteration.

The language of a Will:

A Will can be written in any language. No technical words need to be used in a Will. The words used should be clear and unambiguous so that the intention of the testator is reflected in his Will.

No stamp duty is required to be paid for executing a Will or a codicil. A Will need not be made on stamp paper.