NRIs often seek advice from the litigation lawyers in India because of the charges that they face in the country. These charges are often unfounded and baseless.

As far as property matters are concerned, in addition to the worries about land grabbing or manipulation, overseas citizens often also face problems in coming to India on account of these fraudulent actions against them. So much so that NRIs dread coming back at times, fearing that they would be caught in charges of various kinds.

Fake records are created or documented against them to prevent them from coming to India. Further, cases are built and threats issued so that they live in morbid fear of returning to their own motherland. This is usually done since it suits the ill intentions of the property grabbing party.

There are various issues involved here – 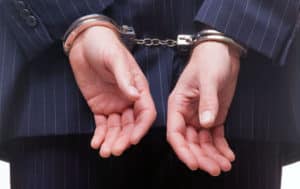 So if you or anyone you know is caught up in this extremely stress full situation, please do not hesitate to take a guided opinion from our team of litigation lawyers in India.

The need of the hour in all such situations for all overseas citizens is a complete package of understanding, efficiency, competence, and legal expertise – somebody who can take over completely and handle the entire legal scenario for the NRIs.

At NRI Legal Services, we pride ourselves in being an amalgamation of all these qualities and providing talented attorneys in our country such as litigation lawyers in Gujarat, Punjab and Delhi in India.