It is a matter of immense pleasure and pride to discuss something like property ownership and inheritance rights of women in India. This shows the position a woman has earned for herself in the Indian patriarchal society as we are discussing the rights of women to own and acquire a property independently.

The status of women in India has undergone a huge change. We find women now conscious of their rights. They are financially independent and invest in the properties. They understand the principle of equality enshrined in the Constitution of India. Women’s growth as financial contributors to their families’ needs has forced society and the government to give due recognition to their property rights.

As a mother, wife, daughter, or daughter-in-law, a woman has different property ownership and inheritance rights.

A woman can become an owner of a property by:

Law recognizes women’s absolute property ownership. Whether she has earned it or inherited it, the rights as an owner are at par. There may be some restrictions to the power of alienating the inherited property under Personal Laws. For instance, in Muslim Law, a Mother cannot give away by making a Will, more than one-third share of property inherited by her, and if her husband is the only heir, more than two-third share of her property. By and large, the rule is that she is free to deal with it.

In India, we do not have any uniform law regarding property ownership and inheritance rights of women. The statutory or codified laws and the personal/customary laws (related to religion and community) play a vital role in shaping these rights.

Recommended reading: Property Rights of Women as per Hindu Law

Recommended reading: Rights on mother’s property after her death

In many countries around the world, the property ownership and inheritance rights of women are gender just. In India, succession laws are progressing, and the discrimination against women in property matters is fading away. Most of the statutory laws provide for equal property rights for men and women. However, we still need to work on some areas of customary and personal laws discriminating against women. 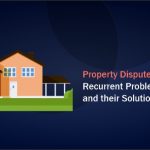